I ran into a situation where I had a music CD as a single FLAC file with the tracks defined in a cuesheet. The generally-fabulous Max wouldn't do anything with this combo (it opened the .cue file, but that was it). The command-line FLAC decoder does support cue indexes, but just as I was getting ready for some shellscript/Automator mumbo jumbo, I decided to pull a Google search for “flac cue os x” and that's when I stumbled on this wonderful little utility called XLD. 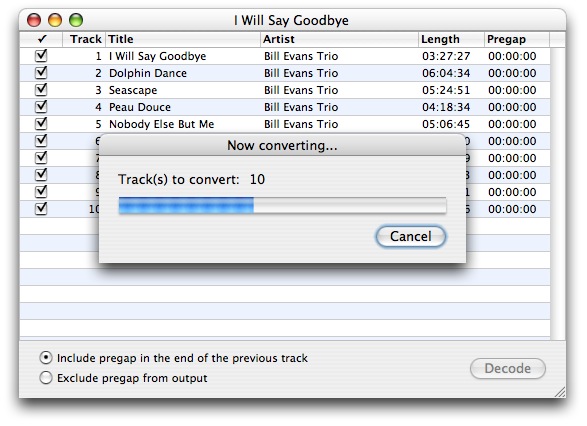 Even though it's name suggests XLD only deals with lossless files, it also supports a number of lossy formats. And ofcourse you get to tweak all the necessary parameters, including all the stuff you're used to in iTunes (thanks to Core Audio). 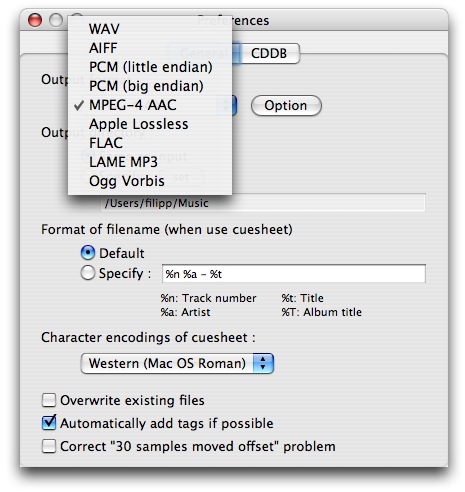 Wonderful stuff. It doesn't get much better than this - something that does exactly what it's designed for and does it well. Wait, it does - there's also a commandline version! ;-)